All joy at the Uganda Prison Gulu

Bishop Johnson Gakumba took his time to be with the inmates of Gulu Government Prision as the year 2010 came to a close. Many activities took place among them were the baptism and confrimation, Holy communion, netball and football. Rev.Willy brings you a photo exhibition of the events that day. Finally the Bishop's cup was handed over to the winning team 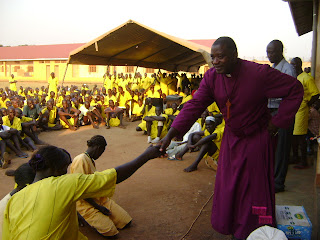 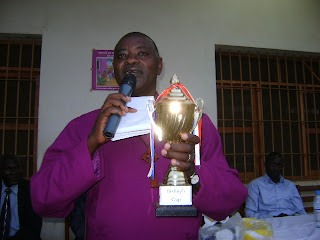 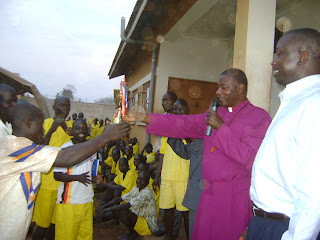 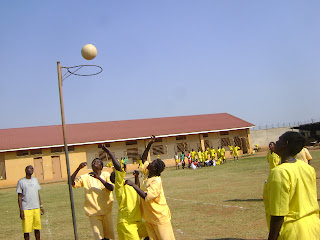 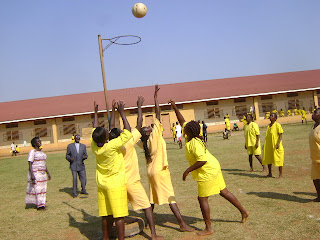 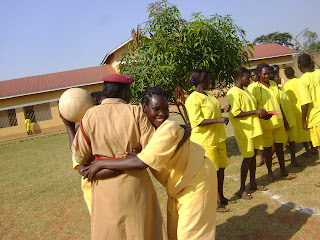 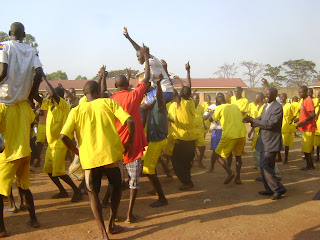 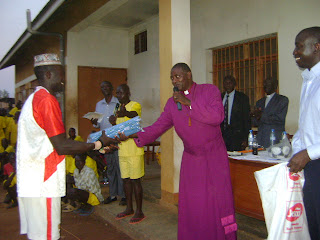 Posted by Willy Akena at 8:37 PM No comments:

From School drop out to role model

Anek Grace was born in Nwoya District to a Christian family. She started school very well and when she was in Primary Six in Purongo Primary School the rebels of the Lords’ Resistance Army abducted her. She stayed with them for two weeks and by God’s grace went back home where she sat for her Primary Leaving Examination (PLE) but because of the war she did not even see here results. They were then displaced from Purongo to Anaka more than twenty kilometers from their original village. Life in Anaka became difficult and she had to start selling food staff and charcoal in the market. In the middle of all these Grace got a boy friend and eloped with him, because she could not produce a child, the boy friend lost interest in having her as a wife. She come back home, continued with doing small business with little capital. Life in the squalid camp became extremely complicated, uprooted from home and not able to get food from their garden. When News came to Anaka that Women Development Centre needs girls who have not had opportunityty to go for further studies to join WDC in order to be given life skills training, Grace was selected and she successfully completed her training at the WDC in 2009. She was given a sewing machine but no capital to kick start, however, with her skills in small business Grace was able to start sewing clothes in Anaka Town Council together with her friends who also completed their training at the WDC like Aweko Catherine, Ajok Filder, Ajok Jakline, and Akello Grace, they first rented a room in the centre but because of few customers and lack of material the other members decided to try some where else like in the market and verandah of shops. In addition to sewing clothes Grace has open a small hotel in Anaka Town Council known as ANAKA FAMILY HOTEL , when asked why she named her hotel FAMILY she said she wants to be like a mother to all and that all those who come to her hotel should feel at home. 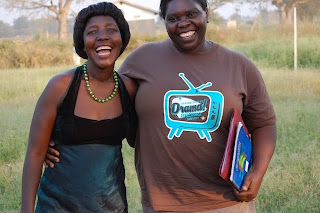 Anek Grace a former head girl and WDC share light movement with Lucy Apiyo the Principal WDC on 6th January 2012 in Anaka Grace also told me that both of her parents are alive but very weak, her father got an accident and has serious problem with the hip bone and unable to walk, he scrawl. He mother has Asthma. Although her business is not doing very well but Grace told me that she was able to save over 400,000 (four hundred thousand shillings) and that she bought a piece of land with intention of investing in it in future. 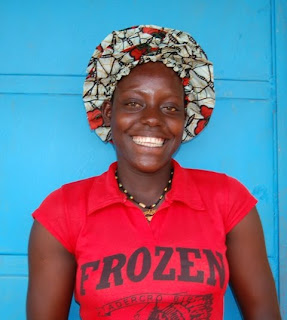 Adong Grace one of the students who completed in 2010 displayed her own made headgear (head dress) which has earned her some money during the last Christmas at Lakwana. Pix 3rd Jan 2012 Grace also told me that she is currently single and has no child and that she underwent an operation inorder to get a child but she has not got yet. She also told me that she fears having affairs with men who seems not trusted. She said her sister who followed her called Akello Christine committed suicide because of marital problems. The late Christine died because here husband divorced here with three children and life was unbearable. Grace is very optimistic that given more training or refresher courses and facilitation she could be a very successful woman and be able to support here self and others as well. Her experience as the head girl taught here many things and she is able to organize her friends to do a meaningful work. 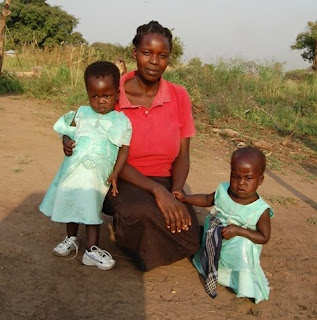 Vicky Okwera a mother of Two in Lalogi says she is able to support her children because of the training that she got from WDC. Pix 4th Jan 2012
Posted by Willy Akena at 7:10 PM No comments: