One Month In Office as Bishop 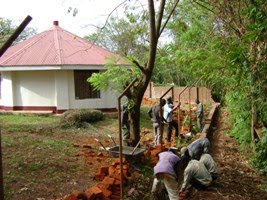 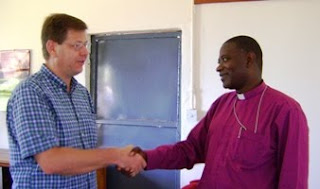 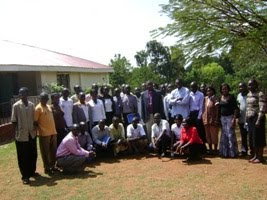 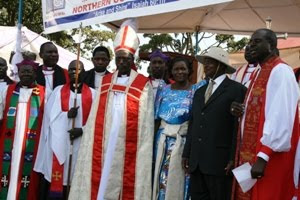 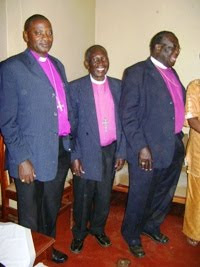 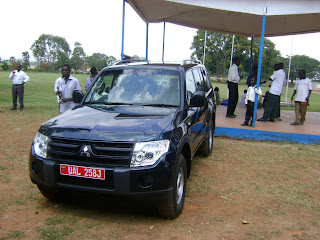 One month in Office as a bishop of the diocese of northern Uganda
30 days ago, a new Bishop was consecrated and Enthroned as the 7th Bishop of the Diocese of Northern Uganda in a colourful ceremony officiated by His Grace, the Archbishop of the Province of the Church of Uganda Henry Luke Orombi, and in attendance was His Excellency the President of the Republic of Uganda Yoweri Kaguta Museveni, Ambassadors, and many dignitaries .
Rev. Willy Akena has come up with summary activities of the past one month. I hope you will enjoy reading the extract.
A day after taking on the throne, Palenga on Kampala road was the first to wake up with excitement as they saw their own sons and daughters accompanied by their colleagues , friends and well wishers attracting onlookers light up the single street of the centre. Banana cuttings decorated the roadsides and also gave direction to the celebration point. Five more minutes of driving, and there we were! A small town like setting, with multitudes of Christians, jubilating, singing and dancing with joy for their own son had arrived.
The organizing committee for that function seemed to be personalities of caliber, with different talents. This could be seen in the sitting arrangement, executive chairs, state of the art public address system, and the red carpet. The presence of so many Roman Catholic Sisters in their veils demonstrated a very strong ecumenical arrangement.
During the Service, The Rev. Modicum Okello, a son of the soil appealed to the community to come back to the Lord because God does not disappoint. His word did not come back empty. Many who were touched by this message openly confessed their faith and pledged to follow the path of our Lord and Saviour Jesus Christ.
The gifts that were given demonstrated love and loyalty to their son. Palenga remains in History for being the first to host the New Bishop, their son.
On Christmas day the Rt. Rev. Johnson Gakumba was in St. Philips Cathedral where he was consecrated and Enthroned. The day attracted more than the church building could hold. Those who came late did not find comfortable seats. Some actually stood the whole time of the service. The Bishop Confirmed 46 candidates, among them were Mr. Acire Dennis who was due to be joined in holy matrimony by the Bishop himself later on the 2nd of January.
The New Year found the Bishop at Christ Church, where he was a Vicar before the Retired Archbishop Mpalanyi Nkoyoyo requested him to go to Luzira Prison as a Chaplain. Bishop Johnson was later transferred to Bugologi church of Uganda by the current Archbishop Henry Luke Orombi. He officiated in all the three services beginning with the first one at 6:00am and ending with the last one at 12:00 noon, Christians in Northern Uganda welcomed the New Year with a new message of hope and encouragement not to fear but trust in the Lord who will see them to the end of the year.
Many others activities came in among them were burials, weddings, thanksgiving for 60 years of marriage between Dr. Odonga and his wife Mary.
On the 5th January some bad people also visited the Bishop Residence at night and took off with a number of gifts given to the Bishop and family. At the time of compiling this report, the bad boys have been remanded to Gulu Prison. They were arrested with some of the stolen gifts.
On 14th of January, a convention was organized at Reckiceke Primary School in Amuru District. Christians came from the Diocese of Masindi- Kitara, Nebbi, and a number of Parishes of the Diocese of Northern Uganda. A total of 325 candidates were confirmed by the Retired Bishop Gideon Allan Oboma. The Bishop himself was out of the County for great Lakes region peace meeting held in Bujumbura, Burundi and so Gideon carried out the function on his behalf.
In another related development, fencing of the Bishop Residence also commences and is ongoing. Pray that we get resources to complete the fencing.
A number of visitors have also come to see for themselves what they can do to support the Diocese that was once a war field. Some of them are already supporting the people here to heal their memories. Under this healing of memories, we have some people trained in Mentoring, and some children of those who have been maimed are getting scholarship to study.
There has been also some appointment and transfer as a way of improving the ministry, details will come in the next report.
Finally the Car given by the President is here to help the Bishop in his pastoral care to the people who are returning to their homes after being in the Internally Displaced camps for many years.
Posted by Willy Akena at 9:49 PM No comments: