THE LOST SHEEP AND THE LOST COINS 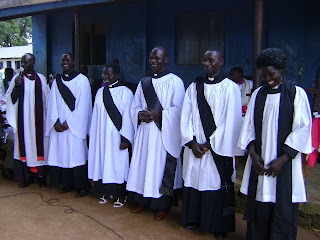 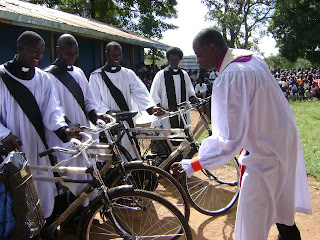 Rev. Captain Titus Baraka and Mary trying the new skills of praising the Lord -see the techniques of holding hands while jumping. 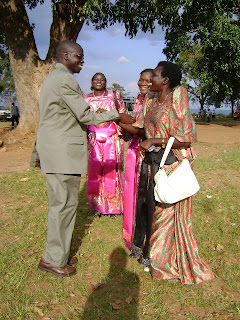 Bishop Johnson handing over bicycles to the Newly ordained clergy. 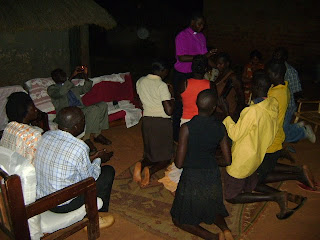 Visiting the home of Alex Okello who was a prominent witch doctor the children also accepted Jesus Christ; here the bishop is leading them in a prayer of confession. Rev. Canon Titus is taking pictures

Five people were ordained in a colourful ceremony held at Keyo Church of Uganda by the Bishop of the Diocese of Northern Uganda Johnson Gakumba on Friday 26 November 2010. The Rev. Canon Captain Titus Baraka who led the retreat as well as preached during the occasion called upon the newly ordained to look for the lost sheep then they would find the lost coins. Rev. Canon Titus said “The lost sheep has also gone with the lost coins” Once you get the lost sheep you will also get the lost coins the Rev. Canon said. Preaching from the Gospel of Mathew 9:37ff Titus said the field is ready but the labourers are very few. Rev. Piloya Eunice was ordained priest while Rev. Kibwota Samuel, Rev. Olweny Kevin, Rev. Olara James and Rev. Otto Zachariah were orained Deacons. This is the first lot of clergy to be ordained by Bishop Johnson during the first year of his ministry in the Diocese of Northern Uganda.
The Diocese gave each one of them a bicycle to facilitate their transport as they begin the ordained ministry in the various places. Rev. Eunice Opok was posted to Lukodi Child Voice International as a Chaplain, Rev. Kibwota Samuel posted to Gulu Core Primary teachers’ College as chaplain, Otto Zachariah posted to Keyo Secondary School as a chaplain and Olara James is the Chaplain of Koch Goma Secondary School.
Keyo is the first mission station in Acholi land when the missionaries came in 1903 and officially opened the station in 1904. While reading the history of Christianity in Acholi land the Rev. Wilson Atine mentioned that among the key challenges in the spread of the Gospel in Acholi land is the lack of support to the clergy, he said the clergy in the diocese do not have stipend and when asked how much each one gets the Rev. Wilson Atine said the response from clergy is that they will know their salary when they reach Heaven. It was because of this that Rev. Canon Titus Baraka said the clergy stipend is also here on earth except that the lost sheep have also gone with the lost coins. He challenged the clergy to look for the lost sheep and in them they would also find the lost coins which will in turn provide them with the physical needs like food, shelter and many others. 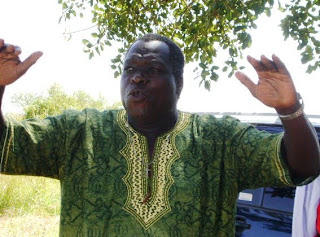 Alex Okello from a witch doctor to a preacher

In another related development, Mr Alex Okello a prominent witchdoctor in Gulu who recently accepted Jesus Christ as his Lord and Saviour, appealed to the other witchdoctors to turn away from their evil practices and receive peace of mind and freedom from bondage. Alex said people used to fear him instead of respecting, him. A detail story about Alex is coming soon. 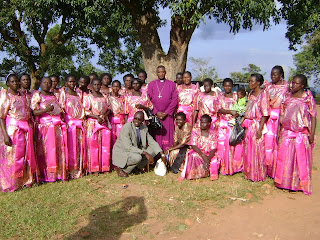 The first official appearance of the Clergy’s spouses in their uniform, Rev. Captain Baraka and Mary (C) squatting down


Mrs. Christine Gakumba made history in the Diocese of Northern Uganda by being the first to form the Clergy Women Fellowship. The group of women now has a saving scheme and out of that they to start keeping poultry, tree planting, outside catering just to mention but a few. They need your prayer and support.
Posted by Willy Akena at 11:58 AM 3 comments: