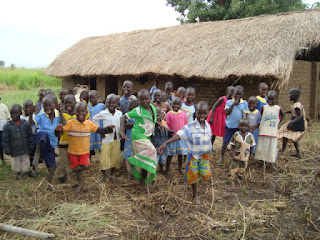 On the spot where the first missionaries stationed in 1904, there is a Early Child Development Centre which now has 67 children in both Kindergarten and Primary one. We hope these children will develop into responsible citizens. They need our support as they still study in a kind of make shift shelter (grass thatched).
Posted by Willy Akena at 11:00 PM 5 comments: Links to this post 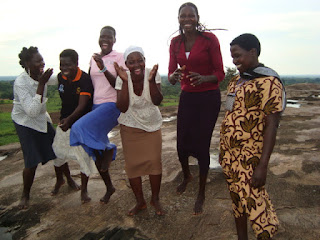 Monday 17th we visited former students of WDC in Awere about 80 kilometers East of Gulu town, today Tuesday we went North West of Gulu to Lacor and Keyo, we met 10 former students at Lacor and 2 at Keyo. Many success stories.  Infact DUFA has contributed greatly in transforming these formerly vulnerable girls (women). We thank them for all the support.
Posted by Willy Akena at 10:49 PM 1 comment: Links to this post


The Diocese of Northern Uganda is due to ordain 6 Deacons and 2 Priests in a ceremony to take place on 11th August 2013 in Agung.
According to a  circular sent to all the parishes of the Diocese of Northern Uganda the following are to be ordained Deacons:- Acaye Denis, Alanyo Neckline, Earixson Sandra, Nyeko Simon Peter, Olara Collins Oyo and Opiyo Godfrey. While Rev. Marilyn Ywette Wilson and Rev. Nyeko Robert Luku will be Priested.
Currently the Diocese of Northern Uganda is looking for men and Women who are willing to be trained in the ordained ministry.  Archbishop Janani Luwum is now open and there is hope that the gap being created as a result of a number of senior clergy retiring will be filled accordingly.
Agung is an historical site where the first missionaries of the Church Missionary Society knelt down to pray after crossing the River Nile from Bunyoro. A modern Church is now built on this very important site. We thank God for Bishop Johnson reign in office for just three and half years, but more than 15 Churches have been built. We wish to appreciate all those who are supporting the construction and rehabilitation of Northern Uganda.