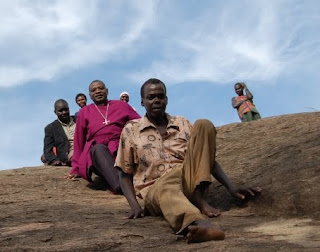 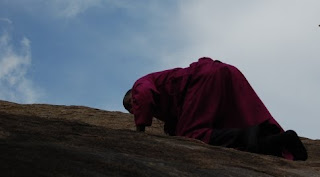 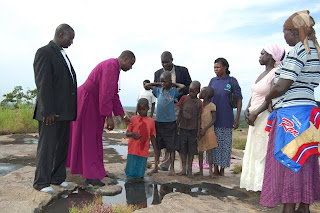 Bishop Johnson Baptizing on the Hill 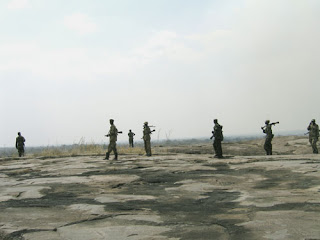 Monday, 26 September 2011 01:16
Gulu
The Anglican Gulu Bishop Johnson Gakumba last Sunday climbed Awere Hills and baptized four children as a way of demystifying Joseph Kony’s alleged spiritual powers.
It claimed the Lord’s Resistance Army rebel leader Gen Joseph Kony turned Awere Hills, located about 60km south-east of Gulu town along the Gulu-Moroto Road, an epicentre of his two-decade brutal war.
Furthermore, it is alleged Kony received instructions to start the war while atop Awere Hills and frequently visited the area to allegedly speak to his spirits on how to defeat the government forces and sustain the war.
The LRA rebel leader, who hails from Odek village in Awere sub-county in Omoro county; just a few meters from the Awere Hills, was also reportedly using the place for treating his fighters using water and herbs from the hills.
Bishop Gakumba on Sunday baptized four children- Jonhson Ouma, Geoffrey Kinyera, Francis Watmon, and Eunice Lakot on top of the hills, in what he said was a sign that the hills are no longer a source of fear and suffering.
Quoting from the Bible, the bishop said “the rock is God’s creation and He has given full authority for human beings to benefit from it.”
George Aligech Lapir, a resident of the area says that no one believed that the hills had some supernatural powers but they became famous when Kony launched his rebellion from the area in 1987. Lapir says apart from the Eastern side having foot marks, there is nothing peculiar about the 100m tall hills. He said that propaganda has tarnished the name of the area and that no God could have given Kony instructions on the Hill.
The top of the hills was left unattended throughout the two-decade war until late in 2009, when it became clear that Kony would not come back to the area to consult his alleged mediums.
Posted by Willy Akena at 11:58 AM No comments: Links to this post 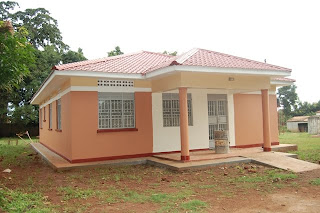 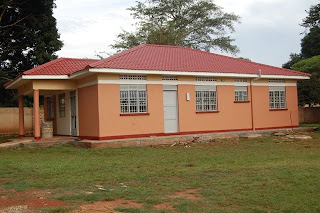 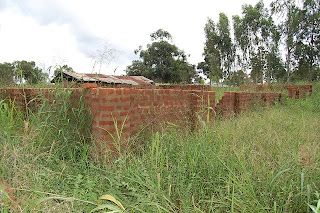 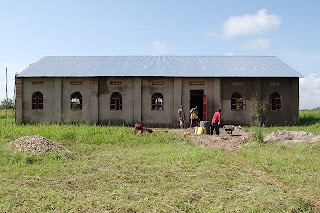 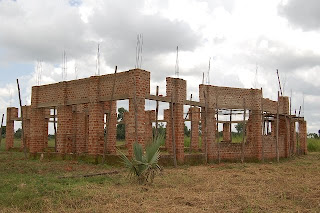 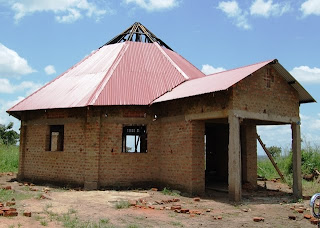 Musalaba
As we draw nearer to 107 years of Christianity in Acholiland, a number of church building are coming up. On 26th November 2011 we will be celebrating 107 of arrival of Church Missionary Society (CMS) in this part of the World. A big event is underway and for the first time in many years the celebration will take place at the original site -Musalaba. A small but beautiful shrine is about to be completed. We will also have mass wedding, medical clinic, mission and ordination of deacons and priest.
We call upon you to join us during this year’s celebration.
Posted by Willy Akena at 11:54 PM 3 comments: Links to this post 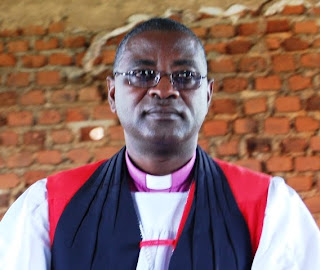 The public has been cautioned against cyber criminals who hack into people’s email and create fake accounts to con them.

The warning was issued by the Bishop of Northern Uganda Diocese, Johnson Gakumba.

He was addressing journalists at the diocese’s headquarters in Gulu municipality on Monday.

“Cyber criminals have created a Facebook account using my name and photo. They send mails to con money from international organisations like in the US, claiming that I am the one asking for the money,” said Gakumba.

“Be aware that at the moment, I do not have a Facebook account to send mails or chat. If any one sends you an email with my name, just know those are cyber criminals,” Gakumba added.

The bishop’s remarks come after a cyber-criminal suspect identified as Charles Kinyera and his allies were arrested by the Police in Kampala. The suspects were reportedly sending mails and asking financial contributions using the bishop’s name.

Before his arrest, Kinyara had reportedly extorted over sh3m since September 2010, from several big international organisations based in the USA. Gakumba denied knowledge or relationship of Kinyara and said it is possible that the suspect was working with some malicious people.
Posted by Willy Akena at 11:37 PM No comments: Links to this post